Share a memory
Obituary & Services
Tribute Wall
Read more about the life story of John and share your memory.

John Andrew Maglia, Upton, MA, died peacefully at home on January 19, 2023, at the age of 78 after a lengthy battle with Parkinson’s disease. John was born in Boston, grew up in Roslindale, and graduated from Roslindale High in 1962 where he earned a varsity letter in cross-country. (Yes, really!) On July 15, 1967, he married Sandie, his devoted wife of 55 years.

He served in the U.S. Army intelligence corps in Germany during the Vietnam War.  After being honorably discharged, he went on to develop a successful career in computer and system engineering, working for New England Telephone, UNIVAC, the New England Life Insurance Company, and Diebold. Highlights of his career include programming and repairing UNIVAC I mainframe computers, the first general purpose digital computer systems produced in the United States, moving back to Germany to head up the marketing of electronic banking systems in Europe, Africa, and the Middle East, and enabling the installation of some of the first automated teller machines (ATMs) in Russia.

A lifelong animal lover, John was devoted to improving the quality of life for all creatures. He and Sandie volunteered at the Animal Rescue League of New Hampshire, where John also served as president, and where they found their beloved Sadie B. Dogg.  They spent many weeks deployed as volunteers with Red Rover Responders, setting up temporary shelters and rescuing small and large animals in crisis as the result of natural disasters and hoarding situations.

John was passionate about restoring ‘50s era cars (e.g., ’53 Olds, ’55 Ford Crown Vic, ’55 Caddy Coupe de Ville,’56 Chrysler New Yorker, and many more), which all became named members of the family. He loved attending car shows, probably loved chrome more than Sandie, and on more than one occasion planned family vacations around swap meets and junkyard visits. He cherished his friendships with fellow car guys John, Russ, Dennis, and Arthur who shared his passion and occasionally (and shamelessly) encouraged him to buy yet another car.

Despite his many accomplishments, he never took life too seriously. Even as he struggled to speak in his final days, he continued to work the room with irreverent comments and witty one-liners, lightening the mood and letting everyone know that he was okay. He surrounded himself with caring people and maintained lifelong friendships. John and Sandie were blessed with the love and support they received from so many people especially as his disease progressed, including Elisa, Mary, Michele, John, Kelly, François, Russ, Paula, Teresa, Chris, David, Sal, Nina, Dennis, Joy, Brigitte, Rainer, Yannik, Elaine, John, Pat, Harold, Steven, Judy, Wanda, Nancy, Jack, Amy, Tim, Stephanie, Tom, Gina, and many others that may not be mentioned here but are not forgotten.

John is survived by his wife Sandie, daughter Anne and spouse Becky, son John, grandsons Jason, Tyler, and Dillon, sister Carla and spouse Joe, sister Elisa, brother Hank and spouse Bernie, brother Peter and spouse Gerardo. He was preceded in death by his brother Lou, his mother Mary, and his father Henry.

Military honors followed by a brief time of remembrance, will take place at 3 PM.

In lieu of flowers, John asked that donations be made in his memory to Red Rover Animal Rescue: https://redrover.org/. 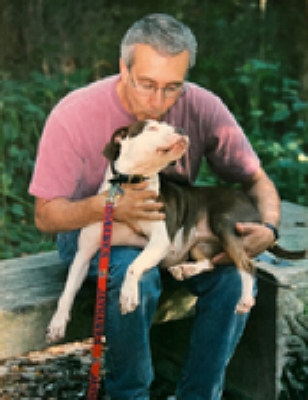